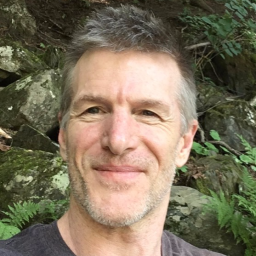 Pelvic Torsion -- more commonly referred to as a twisted pelvis -- is a condition in which the two pelvic bones are positioned in oppositional rotation. 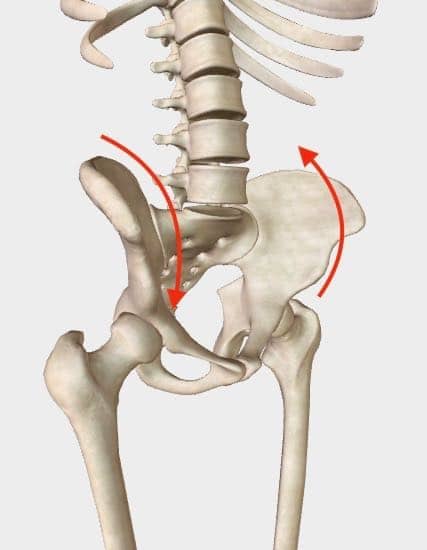 In other words, one pelvic bone is rotating forward, or anteriorly, and the other pelvic bone is either in a fixed position or is rotating backward, or posteriorly.
The most consequential impact of pelvic torsion is a functional leg-length difference and the loss of equipoise in the field of gravity.
This results in a compensatory chain reaction of chronic muscular compensation up through the body, and can lead to significant pain and dysfunction.
If the root problem -- pelvic torsion -- is not corrected then treatment for the problems caused by it can only hope to provide temporary relief, at best.

Further, numerous problems caused by pelvic torsion can prove extremely difficult to diagnosis when health professionals are unfamiliar with this dysfunction.
Because this has led to so much "unexplained" pain and so much confusion, I have developed a complete protocol for resolving this issue. 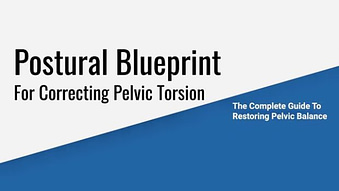 The Complete Guide To

This course is built around 6 essential building blocks...

(aka A Twisted Pelvis)

The concept of Sensory Motor Amnesia -- defined as the loss of sensory motor awareness and control of certain muscles in our body -- was originally coined by Thomas Hanna in his groundbreaking book, Somatics: Reawakening the Mind's Control of Movement, Flexibility and Health.
Pelvic torsion (aka a twisted pelvis) often involves this loss of sensory motor awareness and muscular control.
When one is in the RALF Pattern, for example (that's a Right Anterior, Left Fixed pattern) we frequently find that we've lost sensory motor awareness and control of the muscles of the left hip, waist and lower back.
You can experience this using a simple hip hike movement. Try it for yourself by lying on the floor and performing a very slow, alternating hip hike movement.
See if you can tune into all the muscles of the waist, hips and lower back. If any are difficult to sense, there might be some Sensory Motor Amnesia in certain muscles. With repetition and practice, however, sensory motor awareness can be restored.
Somatic movement, then, is at the heart of Building Block #1 for correcting pelvic torsion.

Counter-Rotation of the Pelvis

Since a twisted pelvis is characterized by a torsion in the pelvis, we must counter-rotate that torsion in order to correct the problem.
If you haven't read my article on the topic of torsion, you can do so here: https://www.lower-back-pain-answers.com/twisted-pelvis.html
Coaxing the pelvis out of its torsion pattern and back into proper alignment is accomplished using a lunge position that counters the torsion.

I call this, The Lunge Position of Correction.

If you have a RIGHT ANTERIOR ROTATION, the lunge position of correction is: Right leg in front, left knee down and behind, like this:

If you have a LEFT ANTERIOR ROTATION, the lunge position of correction is: Left leg in front, right knee down and behind, like this:

In my clinical experience, a right anterior rotation is by far the dominant pattern. This includes what I call the RALF Pattern (RALF = Right Anterior, Left Fixed).
For some, just adopting the appropriate lunge position for their rotation pattern can feel relieving. In the Postural Blueprint we use the lunge as the basis for a series of exercises.
Used in conjunction with the other 5 building blocks, counter-rotation of the pelvis is a powerful tool for correcting pelvic torsion.

Pelvic torsion is routinely accompanied by a functional leg-length difference which knocks the body off its center line in relation to gravity.
This results in certain muscles compensating in order to hold the body upright. Certain muscles are forced to contract strongly in order to counteract the force of gravity.
Then, over time -- hours, days, weeks, months -- these muscles will become what I call locked short. Locked short muscles tend to be tight, strong, short and fixed in place.
Additionally, the antagonists of locked short muscles will tend to become weak due to reciprocal inhibition*.

*Reciprocal Inhibition: A neurological phenomenon in which a muscle on one side of a joint is forced to relax when a muscle on the other side of the joint contracts.

When strong, tight locked short muscles have weak antagonists, short muscles become very strong and tight, thus fixing the imbalance pattern in place.
One of the building blocks, then, for correcting pelvic torsion and a functional leg-length difference is to restore length and flexibility to key locked short muscles.
In a right anterior rotation pattern, including the RALF Pattern, the tendency is for the following muscles to be locked short:
If you believe you are in a right anterior rotation pattern, and any of the muscles on this list are excessively tight, try this simple experiment:
Simply focus on lengthening just these tight muscles and see if you can sense a lessening of the feeling of torsion.
For many who are in a right anterior pattern, lengthening just the left psoas and the left hamstrings can feel relieving.

Activation and Toning of the Antagonists of Key Locked Short Muscles

*Reciprocal Inhibition: A neurological phenomenon in which a muscle on one side of a joint is forced to relax when a muscle on the other side of the joint contracts.

By combining both stretching of key locked short muscles with the strengthening of their antagonists, we can most effectively re-establish muscular balance and lay the foundation for lasting correction of pelvic torsion.

Such is the case with respect to pelvic torsion. Loss of squatting competence contributes to the muscular compensation and imbalance patterns that result in pelvic torsion.

Therefore restoring this competence is essential for lasting correction of a pelvic torsion and maintenance of pelvic balance.

You can practice basic squatting competence using a chair for support like this:

If you find this difficult, you're not alone! Many of us are not used to get into this position.

Once you've sunken down to your limit, don't hang out there. Rather press into your heels (this is the key for engaging the quadriceps properly) and rise back up to the supportive starting position again.

If you wish, you can repeat this couple of times but don't overdo it. In the new course, this is one of several movements we'll employ to improve squatting competence.

Our final building block is the activation, toning and stabilization of our core strength.

This is accomplished, not by a doing a bunch of abdominal crunches that only work the rectus abdominis, but by recruiting the deeper transversus abdominis.

One of the core exercises included in the Postural Blueprint is the Core Double Leg Extension:

Try 5-7 reps to start. For maximum affect: when you extend the legs, touch the back of the head to the floor but don't rest. This keeps the core engaged throughout the duration of the reps.

Activation, toning and strengthening of the transversus abdominus ensures that whenever we move, our core stability is activated as opposed to just activating our locked short muscles.

Neuromuscular Therapist and Founder of Relieving That Pain Online Courses, Stephen has been helping individuals achieve relief from chronic pain for 30 years.

Please log in again. The login page will open in a new tab. After logging in you can close it and return to this page.